Traditional Thanksgiving Hunting with the Kids 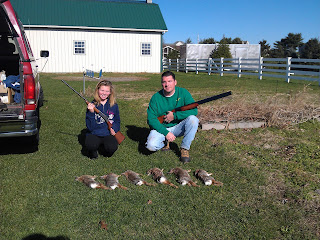 Traditionally I have always rabbit hunted over the Thanksgiving Holiday weekend. When I was young I went out with my Pap and my Father and various Uncles and cousins as well as my brother. Well my Pap died in 1989 and my father died this past June so I'm doing my best to pass the tradition on to my family. My daughter loves to rabbit and squirrel hunt. She actually got to squirrel hunt a little bit with my father and I before he died but he was already too sore (arthritis) to rabbit hunt anymore. So this pic is Thursday's hunt we jumped about 16 rabbits and got 6 of them. I was letting my daughter Hannah shoot first in all cases. I'm sure we would have limited out (8 total) if I had shot whenever I had the chance, but I'm trying to let her build skills and rabbit hunting is something that can take years to get good at. :) 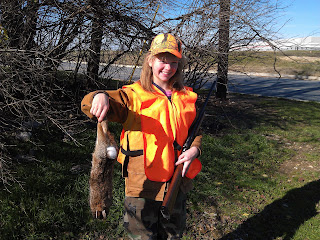 The fruits of her labor: Hannah's first solo confirmed rabbit. I didn't even fire, that was all her. What we don't show *grin* is how mangled this poor bunny is. Half of him is missing so he was unfortunately not a keeper. She shot him a bit too close! 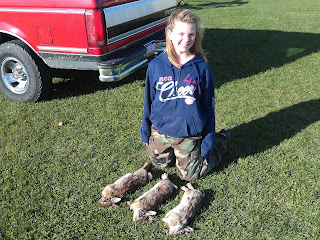 Friday's keepers 3 out of 6 that we jumped. Really 4 out of 6 but the one was shot up too badly as noted above. 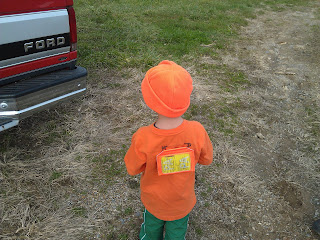 OK here's Nathan, my 5 year old. He has been asking to come hunting with us since last year so we decided to take him on a squirrel hunt Saturday. Nathan is now a licensed hunter under the "Mentored Youth" program. Believe it or not he has a legal buck tag in that license and a spring turkey tag. I took Hannah out when she was 10 and 11 under the mentored youth program as well. They are allowed to harvest animals (according to bag limits) just like a licensed hunter; but they must be stationary and within an arm's reach of their parent who must be a licensed hunter. The pair (Parent / Child) share the same gun and the child can not walk with the gun. In Nathan's case he's so small I have to help him hold the .22 ! LOL But he did some target practice and got a corn cob (which he kept as a trophy by the way) at 25 yards all by himself. I question whether or not a squirrel would sit still long enough for him to find it in the scope but there's no doubt in my mind that if he found it he could get it. :) I may have to consider getting him a Crickett .22 or something more his size for squirrels. He's going to be small for years yet and at least a Crickett would be something he could hold himself without my help really. The open sites concept may be a challenge for him though. -I'll have to give that some thought. 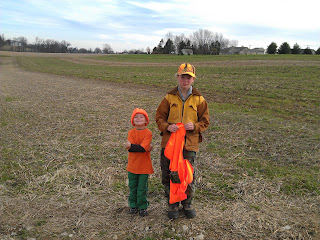 Hannah who is 13 now uses a very small and light Winchester Model 69 .22 that I got her last year when she was 12. It's perfect for her and open sites so she can learn that very valuable skill. 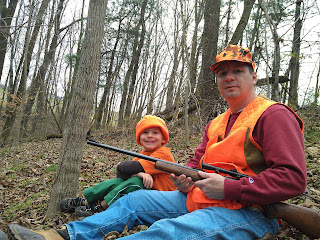 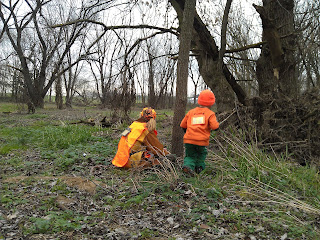 Nathan wanted to sit by Hannah. That little license is nearly taking up his whole back. LOL. 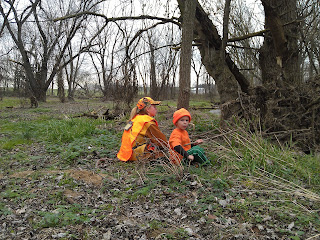 Considering he's only 5 he was excellent and kept very still and quiet. I'm just sad that we didn't really see any squirrels that day. It was a crappy squirrel day for us. 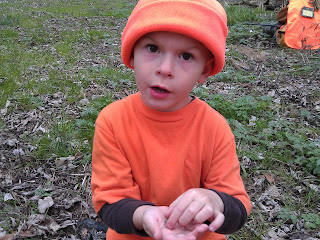 He found a little snail to play with. 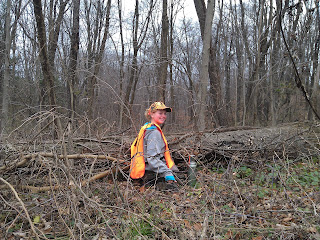 Hannah out with me on Monday the 28th. First day of Rifle season in PA. We didn't see anything all day. Well I saw a glimpse of  a deer passing by 150 yards out but couldn't even see what it was. We saw a TON of squirrels though! -Figures ...