Deer Hunting with my Daughter

I will add text to this later. I just wanted to get this pics posted for now. This was my daughter's first deer that she ever pulled the trigger on. We had one or two times where she put the gun up but they always got spooked or something so she never got to take a shot until now.

All I can say is WOW... what a nice deer for her first shot! Two different friends both estimated the deer to be very close to 200 lbs. I am going to try to get some way to weigh it before we have it cut up too much. I think technically this is a 7 point if you count only the segments 1 inch or longer. But some hunters say anything you can hang a ring off of counts. Going by that logic, this is a 10 point.

She got this JUST at the closing bell. My pics from my phone make things look very dark but it was not quite as black as it looks in the pics. LOL

The video I shot was just after she pulled the trigger. I didn't want to mess her up by videoing while she was shooting. Sorry the video is so dark. It's just a phone so it's much more Audio than it is Video. :) But it's cute to hear her excitement and the things she says and does afterwards.

You can click on any of the pictures to see a larger image of it. 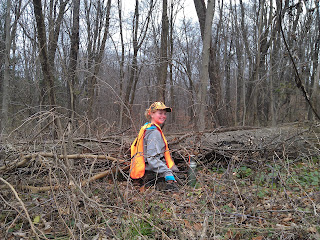 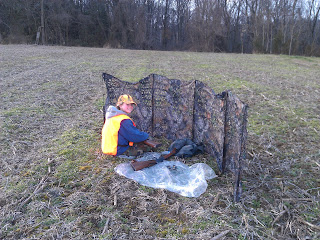 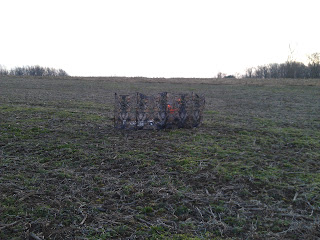 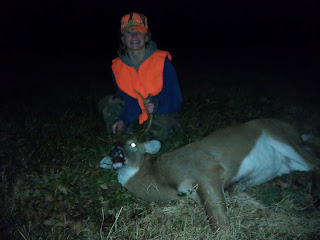 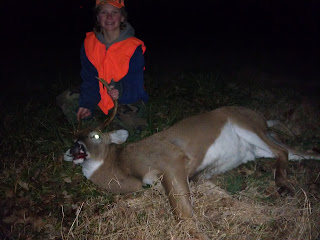 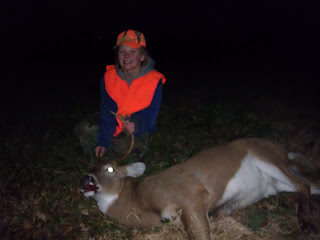 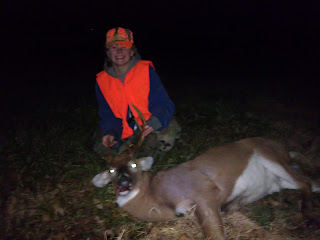 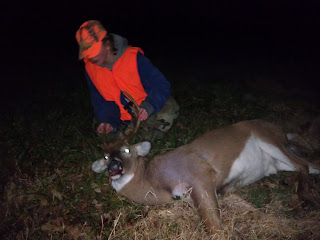 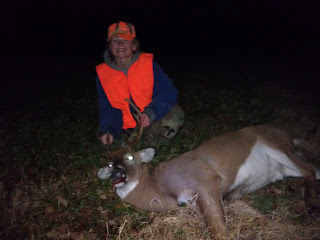 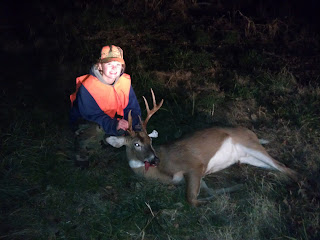 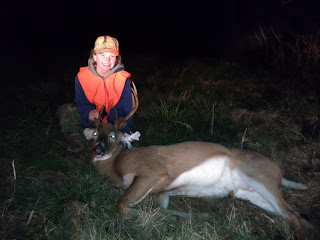 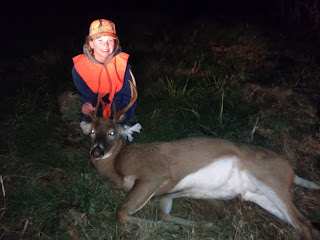 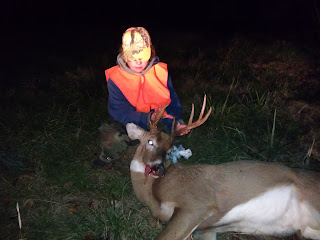 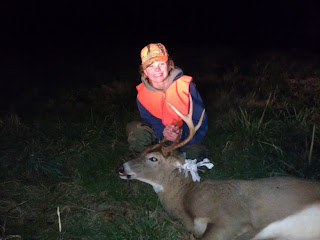 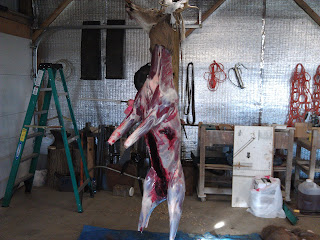 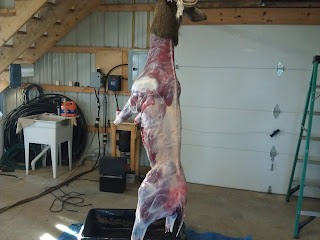 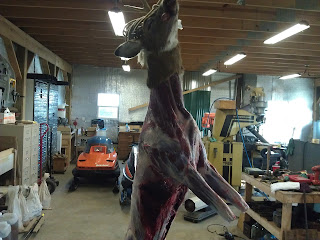 4 Videos first is the longest other 3 are short.